Complimentary shipping on Rosé when you order 12+ bottles

Login with your WineDirect Account to get the most of DAOU:

Welcome to the Family: Employee Spotlight 2021

DAOU is, at its core, about family—and we are thrilled to introduce you to four individuals who make it so. While each has a distinct role at DAOU, you will find that they all share a similar passion for this place, its people, and pursuing excellence. 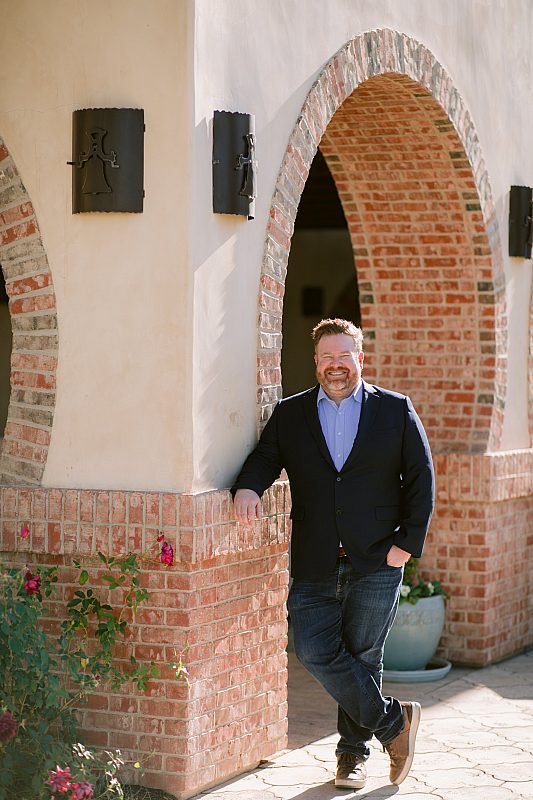 Landon never expected to have a career in the wine industry—that was until he heard Georges and Daniel speak at a local charity event.
“They make a wine called Healing Hearts to benefit French Hospital in San Luis Obispo,” Landon says. “I knew of DAOU as a fun place to visit, and my parents have been members for years. This event was when I first heard the brothers’ story, and their passion for their family and the community really resonated with me.”
At the time, Landon was serving as the COO of a rapidly growing company. However, that fateful night at French Hospital inspired him to knock on DAOU’s door. Georges and Daniel answered, and Landon was hired in the spring of 2018.
Today, as our senior manager of member and private client relationships, Landon oversees our DAOU membership team, which is dedicated to continually dreaming up new ways to serve our members and make their experiences special. Landon also steers our inside sales team and direct-to-consumer initiatives.
“There is a very real sense of community and family at DAOU,” Landon says. “It starts at the top, works its way through the entire company, and eventually reaches our members and guests. That’s what makes DAOU so unique.”

In retrospect, Amanda Sanders’ path to DAOU seems like destiny. For starters, she is a Paso Robles native who grew up surrounded by the region’s vineyards. More fatefully, her parents have been members at DAOU since 2011—long before she dreamed of
working here.
It is no surprise that Amanda developed an early fondness for the culture of food and wine. “I still have dinner with my parents four nights a week, and they are always encouraging me to try new wines,” she says.
Nevertheless, it was not until 2019 that Amanda was inspired to pursue a life in wine, and DAOU was at the top of her list. After applying in the summer, Amanda was hired to support private client and trade relationships and last winter, she played a key role in the operations of our seasonal DAOU Lounge at Mammoth Mountain.
As our associate manager of guest relationships, Amanda works with the hospitality team on the guest experience. “My role is all about making sure our guests—and, most importantly, our members—feel at home and taken care of,” she says. “Curating special moments is something that brings me a lot of joy.”
She adds, “Georges and Daniel put so much of their heart into DAOU, and it trickles down to all of us. I look forward to going to work because that’s where my people are.” 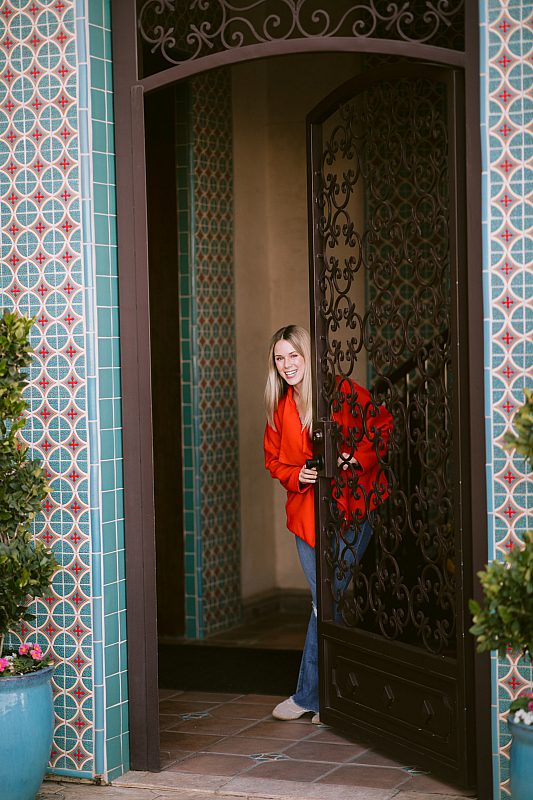 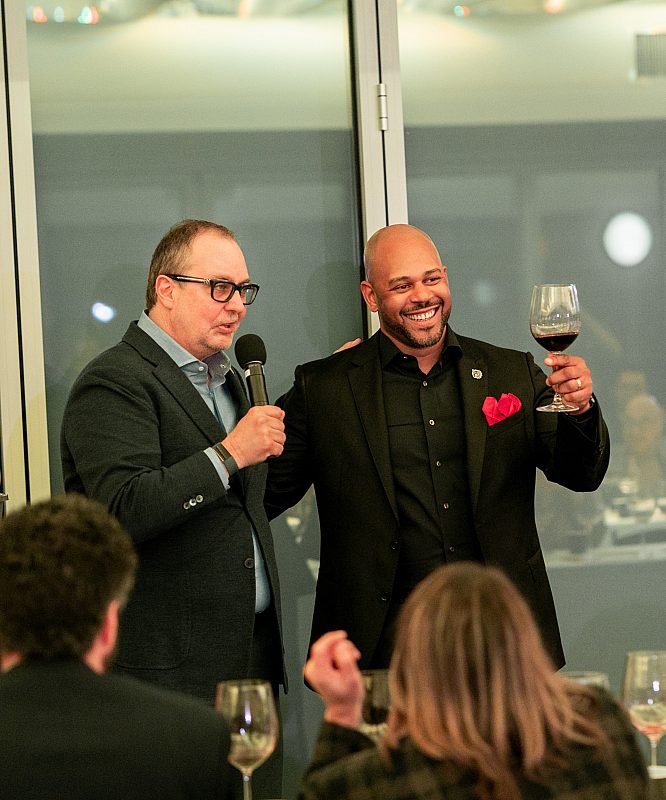 Six years ago, a new part-time job at DAOU not only led to a new calling for Brandon Shepard, but to something even bigger. “Being at DAOU has literally transformed my life,” he says.
The story begins when Brandon was working in physical therapy and sports medicine. At the same time, he had a moonlighting job with a local cigar company, which exposed him to the Paso Robles wine industry when he was asked to roll cigars at tasting events.
“Seeing the culture of food and wine, I said to myself, ‘Wow, I’m in the wrong industry,’” he recalls. DAOU was the winery that had impressed Brandon the most, and he knew right away that he wanted to join the team. His journey began as a part-time Wine Educator, and being a quick study served him well on his DAOU journey. In early 2020, Brandon was promoted to the position of National Director, Soul of a Lion—the keeper of the flame of our most coveted wine.
“Soul of a Lion is our ‘first growth’ wine, and I am dedicated to making sure that every touch point feels as special as the wine itself,” he says.
He adds, “It all starts with Georges and Daniel—their heart, their love of family, and their commitment to excellence. They really care about people, and I’m grateful that they entrusted me with something so precious to them.”

“It all starts with Georges and Daniel—their heart, their love of family, and their commitment to excellence" - Brandon Shepard

After graduating with a chemistry degree from UC San Diego, Nicole Ng had no idea that wine was about to become her passion and career.
“I had a budding interest in wine, but that was it,” she explains. “That all changed when I met Daniel Daou. Daniel invited me to join DAOU as a harvest intern in 2018, and I jumped at the opportunity.”
Nicole stayed on with DAOU as a winery lab tech after that first harvest, and she also began attending online courses through the UC Davis wine certification program. She was promoted to the position of enologist just before the start of the 2020 harvest.
As enologist, Nicole manages fermentations every fall, helping Daniel shepherd the process of turning the juice into new wine. From there, she helps steer the wines from aging through bottling by analyzing key measurables, such as phenolics and acid levels.
“At DAOU, there is a lot of opportunity for growth,” she says. “It’s truly a family.”
She adds, “We are always setting new goals, tearing them down, and then aiming even higher. Georges and Daniel never want to stop learning, and when you see how motivated they are, it’s very inspirational.” 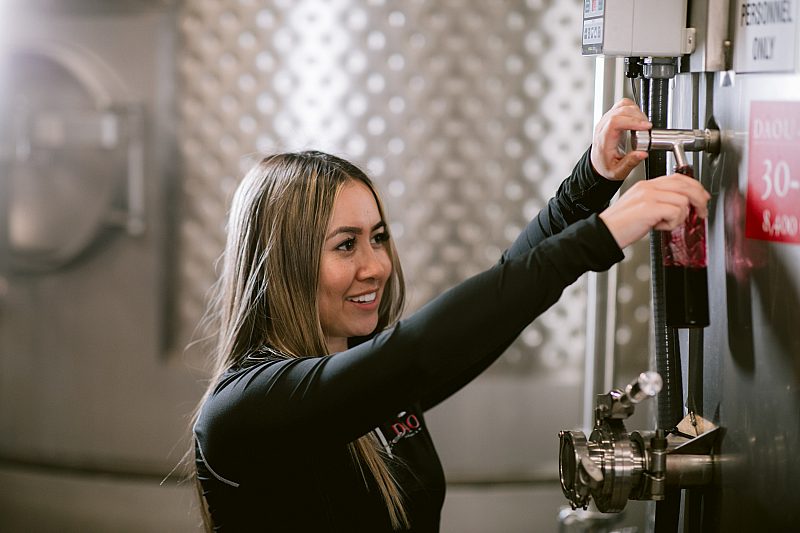 "We are always setting new goals, tearing them down, and then aiming even higher"